Just a few hours into 2012, and I thought I'd post my annual summary of quilts.

My first finish for 2011 was In the Pink - a flannel baby's play quilt: 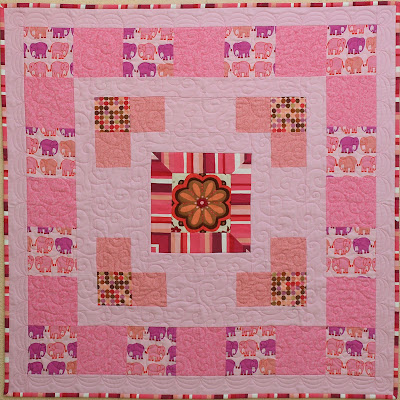 Next up was Jazza - a surprising baby's quilt in eye-catching black and white skull prints: 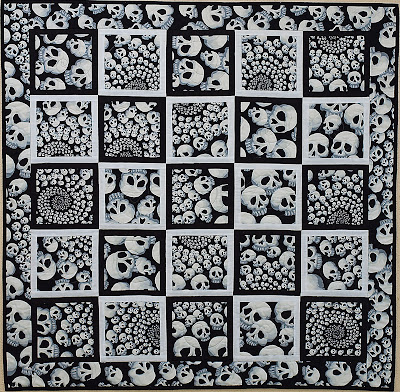 My third quilt of 2011 was Cuggle; made for the director of James and Eleanor's child care centre, and with far more pieces than I'd realised at the design stage: 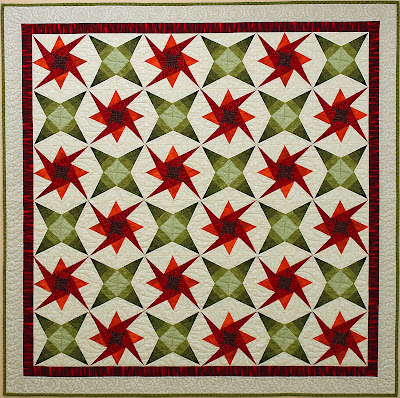 Fourth was Growing, made from a Verna (by Kate Spain) honeybun for another member of staff at child care. 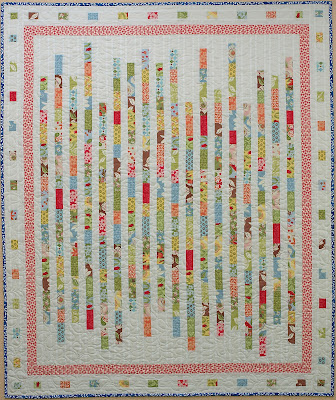 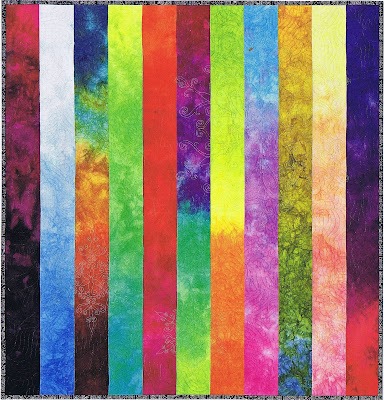 My sixth finish was quick; Night Snow is a snowflake wholecloth I'd already started, and which I gave to my mother for her birthday: 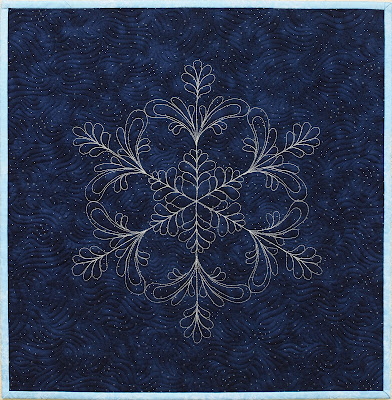 Seventh was Building Blocks, using lots of bright scraps, and which we recently gave to one of the Kindergarten staff: 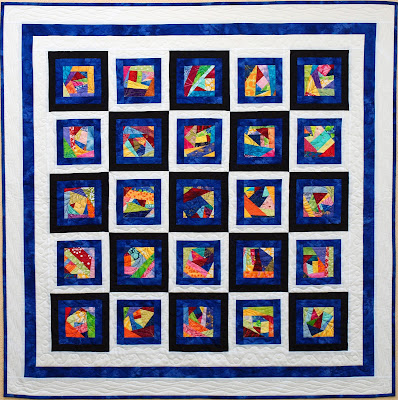 My eighth quilt for the year was my contribution the DQS10; Crowing. It's one of my favourites, and one of the most popular, as well. It features a large range of techniques, including piecing, hand applique, trapunto and free-motion quilting: 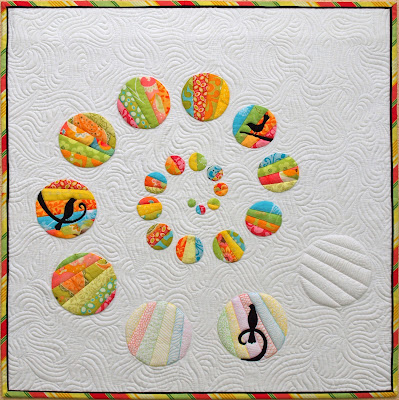 Good Morning, Hoot was the ninth quilt; another flannel baby quilt, which I gave to some good friends. 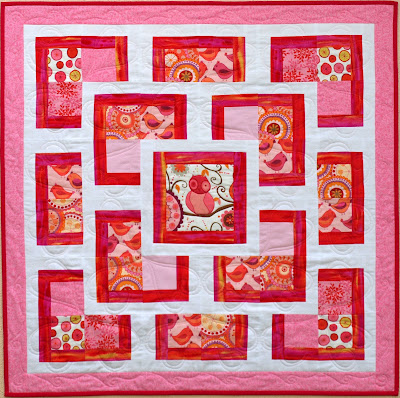 Rounding out the first ten was another favourite; Pink Feathers, due to the dramatic piecing and the hot pink feather quilting. This was given to one of James and Eleanor's favourite (former) carers, but had an interstate holiday first, to be featured in Australian Patchwork & Quilting Vol 20 No 8: 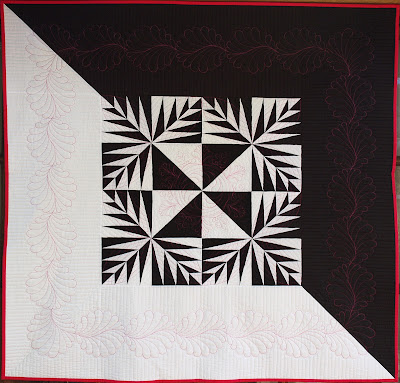 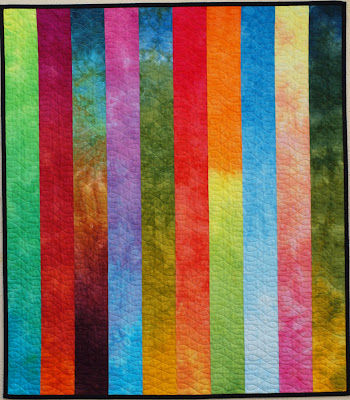 Mother of Pearl made it a dozen. I'm still very proud of the centre block with 165 pieces, but managed to recently part with it for one of the Kindergarten teachers. It was featured in Australian Patchwork & Quilting Vol 20 No 12: 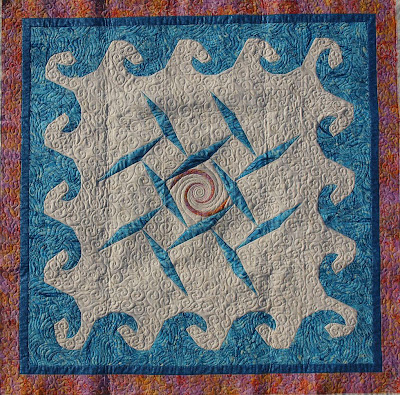 My thirteenth quilt for the year was Whispers; a play quilt for my gorgeous new cousin Allegra, who I've just met this week: 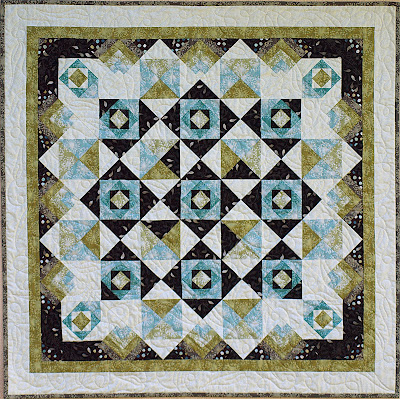 This was followed by number fourteen - Stars of the Sea is an enormous king-size quilt which was featured in Australian Patchwork & Quilting Vol 20 No 11 and which I'm saving for our bed one day: 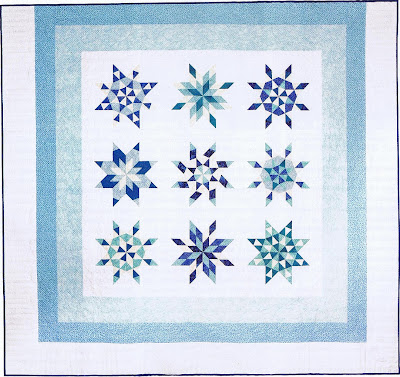 I made the fifteenth quilt, Elephant Feathers, in lovely blue flannels for my sister: 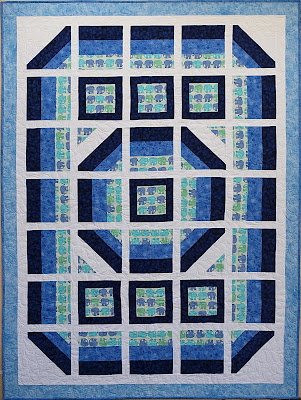 Maple Syrup was number sixteen, and we recently gave it to the Kindergarten director: 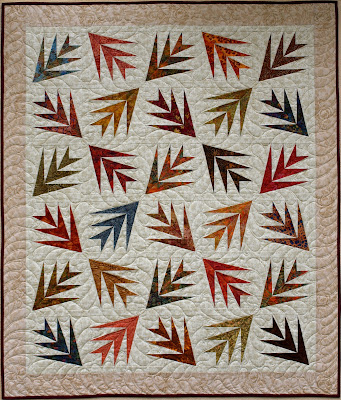 You only get a peek at number seventeen; I made Reflections using Terrain scraps from Kate Spain, and it will be featured in Australian Patchwork & Quilting Vol 21 No 3 next month: 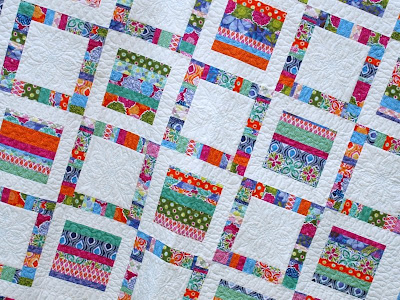 Quilt number eighteen for 2011 was the overdue completion of Springtime, which I custom-made for the big craft blog fundraiser for victims of the Queensland floods: 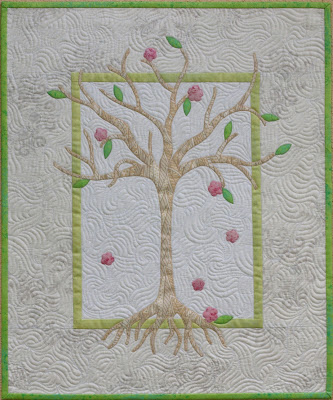 Number nineteen was White Sands - another peek-only quilt, as this one will be featured in Australian Patchwork & Quilting Vol 21 No 2 in a few weeks: 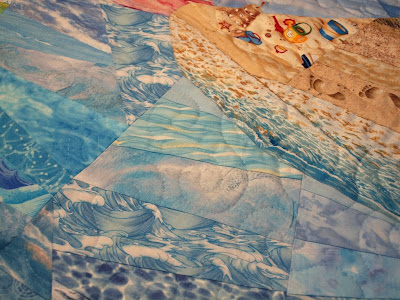 Taking the total to twenty was Portholes, made for my new nephew, who is currently here at the holiday house with us: 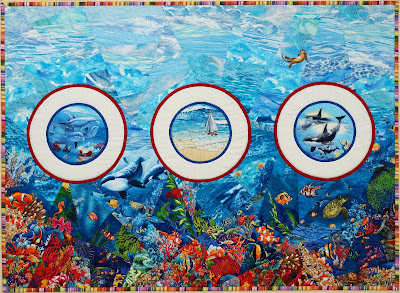 The twenty-first quilt was probably my favourite for the year; Feathered Friends was a commissioned piece for friends: 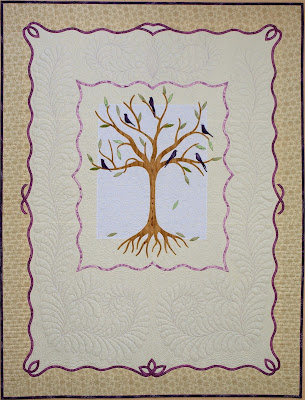 My twenty-second quilt was The Gardens Meet, which features some of my favourite Sandi Henderson fabrics and is heading shortly to Australian Patchwork & Quilting to be included in Vol 21 No 5, so there's only a peek: 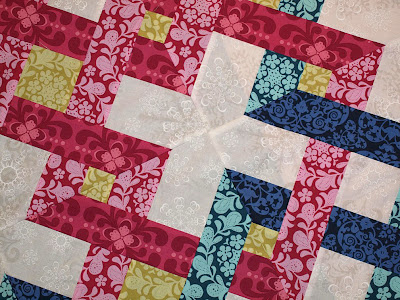 Twenty-three was the recently-blogged From New Beginnings, made for James' prep teacher: 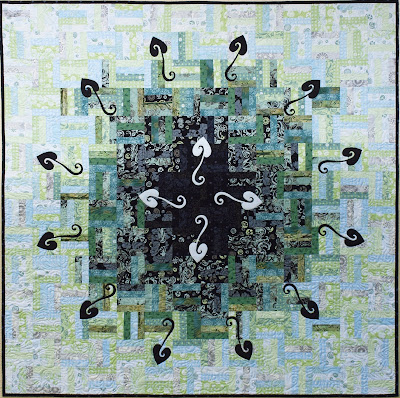 My final quilt for 2011; number twenty-four, is Little Bird in the Tree. This commissioned tree quilt is the one with this cute possum, and I will blog it once it has been received by its new owner: 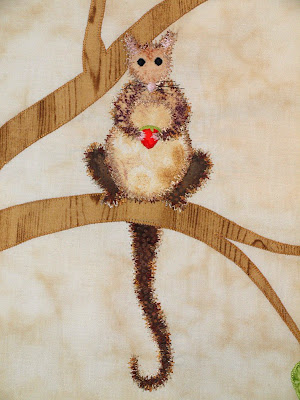 I'm quite happy with this selection, which has taken the total number of quilts I've made over 150, and am looking forward to 2012. My aim is actually for a few less, with time to spend on a major piece, but with the number already competing for priority, anything is possible!

What an impressive array of quilts! It's also interesting to note how many of them are NOT in your possession. You are very generous! Thank you for this year in review. You've knocked my socks off. My best to you and your family for a wonderful 2012.

You are amazing - and oh to be one of your children's teachers!!! In all the time I've been teaching the only quilt I've received was from a dear friend and teaching collegue ;)
LOVE the possum and the birds and the sweet strippy Kate Spain one.
Happy 2012!

It has certainly been a productive year with all these amazing quilts.
Good luck with your endeavors for 2012.

Reflections is my fave, can't wait to see it in a magazine! I'm not doing a list this year, too lame!

Congratulations on a wonderful showing.....cant wait to see what you get up to in 2012!!!