Today I appliqued nearly 200 pieces onto the giraffes' bodies. 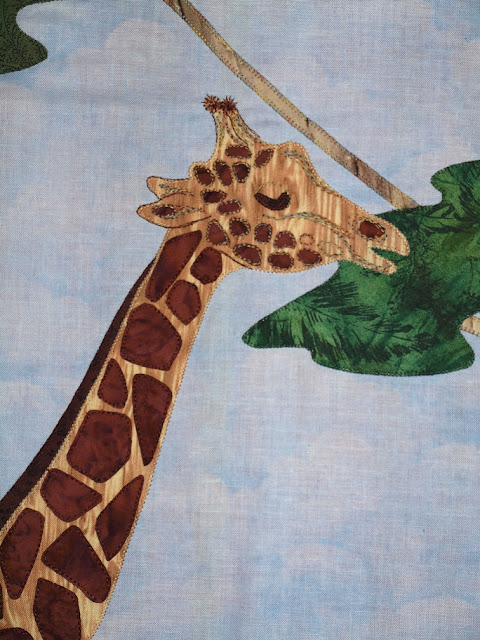 I ended up adding some extra smaller pieces; mostly on the faces, but a few around the knees as well. I used a heavier, paler thread in varigated beiges to applique the extra pieces, making the edges softer, and continued with that thread to do a little thread painting on the faces and some contour lines on the bodies. I also did a little thread drawing with the fine dark brown BottomLine thread outlining the ears and ossicones (horns), as well as the hair on the tails and the fluffy, darker tops to the ossicones. I think now the main panel is complete and am considering options for the large border.
Posted by Emma at 02:19

And to think I complained big time about appliquing black stripes to Cate's orange tiger costume, there was only about 20 of them and they are huge!!